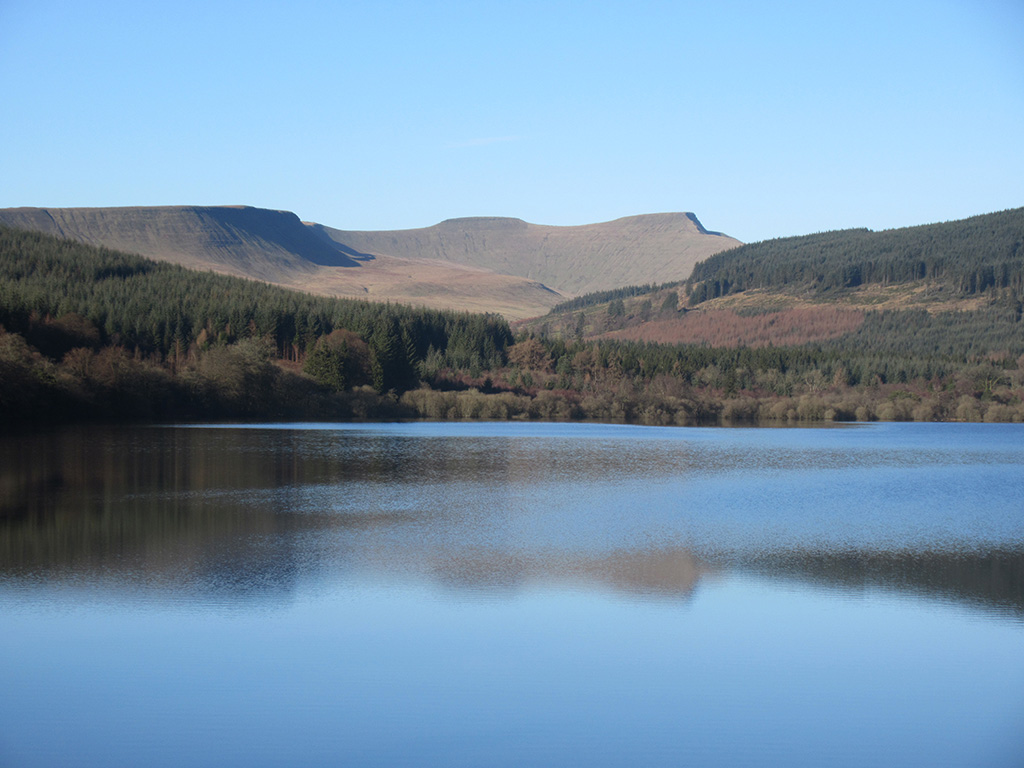 “Cwm Câr, a small tributary valley of Tâf Fechan just south of Pont Dolygaer, is a place I return to frequently. Once I followed the stream, Nant Câr Fach, from Pontsticill reservoir to it’s junction with the Taff Trail – an exciting and difficult route but not recommended!

There is an easy forest track north of the stream (Taff Trail) with great views of Ponsticill reservoir and surrounding hills and Cwm Callan opposite. This track has a weird section of tarmac before a bridge which crosses the stream. Many people pass here and miss the highlight of the valley.

Three streams tumble down off Tormwnt (Rhyd Ddu,Trawsnant and Câr Fach) to form a magnificent group of falls hidden from walkers and bikers. Sometimes the blandest of hills such as Tormwnt have the greatest treasures.”

“The Taf Fawr rises just behind the Storey Arms, Cardiff Council’s outdoor education centre, on the slopes of Corn Du and Pen y Fan. Since 1971, we have welcomed pupils from Cardiff schools who visit for the day or stay a few nights to learn about the Great Outdoors!

The link between the wild, open beginnings of a river that ends in the heart of the city is one that we celebrate with our visitors. Two completely different worlds – with so many stories to be told along its length – but less than 40 miles apart.”

“My name is Dave King and we moved to Cardiff in 2008 and are lucky enough to look out over the River Taff and the Bay opposite Hamadryad Park. The view of the birdlife is fantastic – herons, swans, a myriad of ducks, longtail tits, goldfinches and kingfishers. Always something going on.  What is not so good is the amount of rubbish that ends up on the river banks washed down from upstream. However that did lead me to volunteer with Keep Wales Tidy and to help form Cardiff Rivers Group. Am now friends with a bunch of brilliant people who go out and tackle the rubbish, turning a big negative into something very positive.”

“The tunnel from Castell Coch, the rich man’s Victorian folly created by the Marquess of Bute and William Burges to Cardiff Castle did indeed exist and I ventured forward. My quest was to find the treasure of Ifor Bach, the Welsh Lord of Senghenydd. My torchlight fell upon the golden chest and I reached out to touch its lid. The silence was broken by a screech and two stone eagles perched high on a crag suddenly sprang into life to swoop down on me. I dropped the torch, ran, gasping wildly and looked back to see them revert back to stone.”